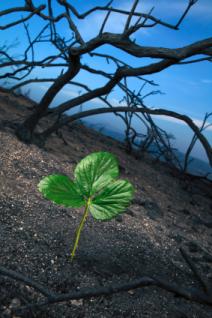 Leverage Your Profits With
“The Survivors”

The bear market has mauled many stocks so badly that investors have given them up for dead. And that’s the source of a
huge opportunity.

Some of those wounded and bleeding companies are destined to survive — and heal. And a select few will double, triple
and even quadruple over the next two or three years.

I’m not saying these “survivor stocks” are for everyone. There’s a risk that some of them will run into financial
or operational barriers that prevent a recovery — you could still lose most or all of your investment.

Nonetheless, I’m convinced the odds of an economic rebound have improved enough to make it worth betting on a handful
of turnaround stories. As long as you carefully limit your exposure (no more than 1% of your portfolio in each stock, and no more
than 5% in the whole package), you may find that the rewards outweigh the risks by a wide margin.

Here are five of my favorite turnaround candidates…

NEXT: Stock #1: Abbott Laboratories (ABT) 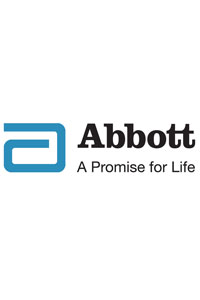 Abbott Laboratories (ABT) has put together a balanced stable of businesses, including
pharmaceuticals, diagnostic products, nutritional products and medical devices (such as drug-eluting stents, where Abbott’s
Xience is the #1 seller). In the pharma area, the company boasts one of the industry’s lowest patent-expiration rates over
the next few years — zero through 2012.

The analyst consensus calls for ABT to boost earnings about 10% this year. How good is that? Amid the deepest economic slump
since the 1930s, most companies would give their eye teeth for any uptick in profits. Yet the stock is quoted at a mere 12X estimated
FY09 net, down from 21X only two years ago.

I’m also delighted with Abbott’s dividend yield, a generous 3.7% at last glance. ABT has sweetened its payout 37
years in a row, and has never missed a dividend since 1924.

Abbott is a growth story, too — now muscling in on the cataract and LASIK businesses. You wouldn’t guess from Abbott’s
stock chart, though, which shows a terminal slump from $60 to $42.

Indeed, the thunderous March rally of 34% left Abbott in the dust, down another 4%. 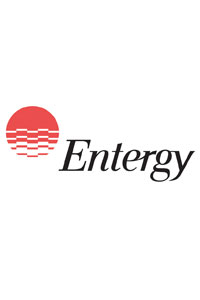 The utility sector is a great place to look for turnaround candidates — especially wholesalers. These companies are still
highly profitable, but have suffered from “The Great Selling Funk.” Case in point is Entergy (ETR).

With political sentiment shifting in favor of nuclear as a greener option than fossil fuel, ETR has maneuvered itself into the
right place at the right time. Profits have held up better than those of most wholesalers, and should trend marginally higher
in 2009.

At a P/E ratio of less than 11 (based on actual 2008 earnings), your risk appears modest compared with a potential return, including
dividends and price gain, of 30%–50% in the coming year. Current yield: 4.1%.

Since early March, when the market recovery began, Target (TGT) skyrocketed 56%,
while archrival discount retailer Wal-Mart (WMT) has barely moved. I love TGT’s
business model, but this is probably a case of too much, too soon. Cash-strapped consumers will continue to shop on the basis
of price for at least the remainder of 2009, and probably well into 2010. As the price leader in retailing, WMT will be hard to
beat.

At less than 14X this year’s estimated earnings, the stock is trading at about a 40% discount to its P/E five years ago.
Sounds like a bargain to me! What’s more, in dramatic contrast to TGT, Wally is likely to post record profits this year,
despite the recession.

From here, I’m projecting a 30%–45% total return (including dividends) over the next 12 months. 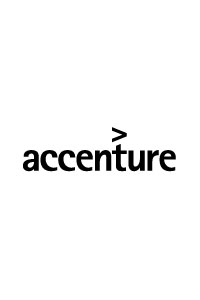 Another sector rich in cash and bulging with takeover candidates is technology.

The gap between those tech companies that went to the rally and those that stayed home is very noticeable, and now the wallflowers
are prime for the plucking.

In late March, Accenture (ACN), a leader in the IT outsourcing area, lowered
its earnings forecast for the remainder of FY09 (ends August). Despite complaints by some analysts that management has “lost credibility,” I
think the company was simply admitting what we all know now — that the recession is pinching even some of the most resilient
service businesses.

At less than 11X this fiscal year’s (reduced) estimates, the stock is way too cheap for a stable business with $21 billion
of annual sales, $2 billion a year of free cash flow — and virtually zero debt. I foresee a 50% return from here within
18 months.

Unlike General Motors, Ford (F) has refused to seek government financial aid. Instead,
the second-largest U.S. auto maker persuaded its bondholders on April 7 to accept a debt-for-equity swap that lops off $9.9 billion
of debt (28% of the company’s total burden).

Ford’s vehicle-quality ratings are steadily improving, too, which should allow the nameplate to win back some market share
after the recession passes.

In addition, the company is investing in a huge new electric car factory, and the management is actively changing the whole
game. Competitors will be left with no option but to follow. This is a big bet for the company but at around $6 a share, the stock
need only be a small bet for you. Could it go to $30? Oh yes.