What will it take to push stocks up — or down? Last week, we got the British election and the U.S. monthly payrolls report, both potential market movers. 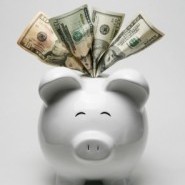 Yet, after some initial upside fireworks last Friday, equities have settled back into the doldrums that have prevailed for the past three months. The S&P 500 closed yesterday at 2099, a level it first reached Feb. 17.

At first blush, it may seem curious that stocks have acted so sluggish thus far in 2015. First-quarter corporate earnings have actually turned out somewhat stronger than analysts were expecting.

According to Factset, the companies making up the S&P 500 are now projected to report an earnings-per-share increase of 0.1% year over year — up smartly from the 4.7% decline the Street was looking for on Mar. 31 (before the quarterly releases started trickling in).

Offsetting the improved earnings outlook, however, is the recent uptick in bond yields. As I predicted, the benchmark 10-year Treasury yield over the first two days this week has broken above its March peak. Indeed, in yesterday’s session, the tenner traded as high as 2.34% in the early going before easing back to 2.26% at the close.

Given the head of steam bond yields have built up since mid-April, I think slightly higher yields will ensue over the next few weeks, with the 10-year note cresting in perhaps the 2.4%-2.5% range. That’s by no means a ruinous prospect.

However, it may be enough to keep a rein on the marquee stock indexes for a while longer. Our target of 2150 or higher on the S&P will probably have to wait until bond yields cool off again.

In the meantime, I’m focusing on the price of oil. I find it very encouraging that West Texas crude has quietly climbed back to around $60 a barrel (from the mid-March bottom below $43).

Oil price is strong evidence that the free market is, in fact, curtailing the energy glut that existed in late 2014 and earlier this year. If so, our oil-and-gas-related investments should continue to recover nicely in the months ahead.

Among our high-yielding energy-infrastructure plays, Energy Transfer Partners LP (NYSE:ETP) and TransMontaigne Partners L.P. (NYSE:TLP) have both posted satisfactory Q1 results in recent days. As master limited partnerships, ETP and TLP need to generate enough cash flow to support their cash distributions to investors, and both ETP and TLP succeeded on that score during the first quarter. ETP stock’s distribution-coverage ratio stood at 1.18 times and TLP stock’s at a robust 1.43 times.

Current dividend yields, mostly tax-deferred, work out to 7.2% for ETP and 7.9% for TLP. (TLP yields more, despite its healthy distribution coverage, because it’s a smaller organization, with a less-diversified customer base.)

Our third MLP to watch is Oneok Partners LP (NYSE:OKS), has taken a harder hit from the energy downturn. During the first quarter, OKS’ distributable cash flow did not cover the payout — a definite negative.

However, I believe the rebound in oil prices has arrived just in time for OKS to maintain its payout at the current level. OKS merits a buy but only after you’ve already filled your shopping cart with all the other MLPs I’ve recommended. The current dividend yield for OKS is 8.3%.