We’re only in the middle of June, but with a little forward vision (and a little knowledge of history), it’s not too early to start thinking about some opportunities Mr. Market might hand us next month. 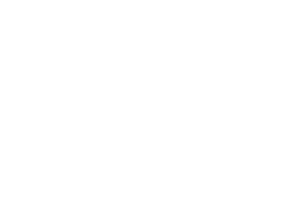 To my eye, it looks as if a “July classic” could be shaping up. The stock market has often made a significant top in the second or third week of July, followed by a pullback into August and a test of the lows in late September or early October. A strong November-December rally then finishes off the year.

Why am I talking about these things now, two weeks before the month of July even begins? Because I don’t want you to be shocked if the S&P 500 drops 5% to 8%, perhaps a tad more, between mid-July and late September.

I know, from reader correspondence, that many people get anxious at even the smallest price declines. So I want you to be forewarned. Be prepared for volatility. Don’t panic. Ride out the squall, and you’ll be rewarded.

But if the market is headed for a July “correction,” should you stop all buying immediately?

No. For one thing, we can’t know, in advance, the depth of any pullback. Furthermore, we do know that a fair number of stocks are already attractively valued. It’s OK to nibble at some of these names now, with an eye to buying more next month, and even more in August through September.

In recent days, for example, Berkshire Hathaway (BRK.A, BRK.B) and Jardine Matheson (JMHLY) have both traded below our buy limits. No particular company news motivated these retracements.

Thus, if you don’t already own these two stocks, now is a good time to purchase, say, half your intended position. Fill out the rest of your holding if you get another 2% to 3% dip in the stock (below your entry price). From today’s levels, I’m projecting a 12%-15% total return for Berkshire in the coming year, and 15% or more for Jardine.

On Monday, Procter & Gamble (PG) reportedly reached an agreement to sell three of its beauty lines to Coty (COTY) in a deal valued at $12 billion. So far, neither Coty nor P&G has confirmed the story, but the rally in both stocks suggests a strong likelihood it’s true.

Assuming the deal is structured the way the New York Post reported, it should be a win-win for both sides. PG stockholders would receive shares in a new company, managed by Coty, that would include assets from both Coty and P&G. Coty would gain valuable economies of scale.

Frankly, I think Coty is quite a bit better qualified than P&G to run a beauty-products business. So I’m pleased with the transaction as outlined.

Still, we continue to like PG, which currently yields 3.3%.