The Wall of Worry Has Crumbled 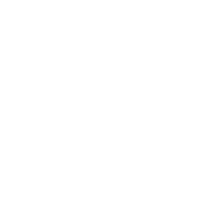 Barely a week ago, investors had built a lofty wall of worry around themselves as they agonized over “Grexit,” the China crash and the upcoming U.S. earnings season.

Now, just a few sessions after the S&P 500’s closing low on July 8, the wall has collapsed — and the headline U.S. stock indices are threatening to break through to fresh all-time highs. (In fact, the Nasdaq already has.)

None of this will come as a surprise to Profitable Investing subscribers. As the equity market was carving out its bottom last week, I advised that the fear was overdone. We were buying.

That’s still my stance today, but I’m a lot more cautious. The options market’s fear gauge — the CBOE Volatility Index, also known as the VIX — has plummeted from almost 20 two weeks ago to just over 12 today.

That’s one of the lowest readings of 2015, and it reflects an amazingly sudden onset of complacency among the ne’er-do-well crapshooters who play options. When those folks are feeling fat and happy, watch out!

I don’t actually expect any serious problems for stocks in the immediate future. The market has a head of steam behind it, and it will take time for that upside momentum to burn itself out.

But we could very well be looking at a hedging situation by the end of July or the first week of August. Stay in touch.

Right now, I’m advising investors to cut loose an old favorite of mine, Unilever (UL). We at Profitable Investing first purchased UL in September 2004, and since then, the Anglo-Dutch maker of consumer staples has chalked up a handsome 271% total return. That’s nearly double the wealth created by an S&P 500 index fund over the same span.

Unfortunately, though, the latest rally has lifted the stock to 22 times estimated 2015 earnings — a fancy price tag for a business that has grown its profits at only a mid-single-digit rate over the past five years.

Take the money and run.

On the buy side, the railroads continue to offer good value, especially after one of the eastern roads, CSX (CSX), put out cautious second-half guidance that sparked a wave of selling in the group.

Also, Intel (INTC) produced a good second-quarter report. Earnings were flat vs. one year ago, but the chipmaker continued to make impressive strides toward lessening its dependence on the mature PC market. Non-PC applications now account for 70% of Intel’s operating profit. INTC yields 3.3%.